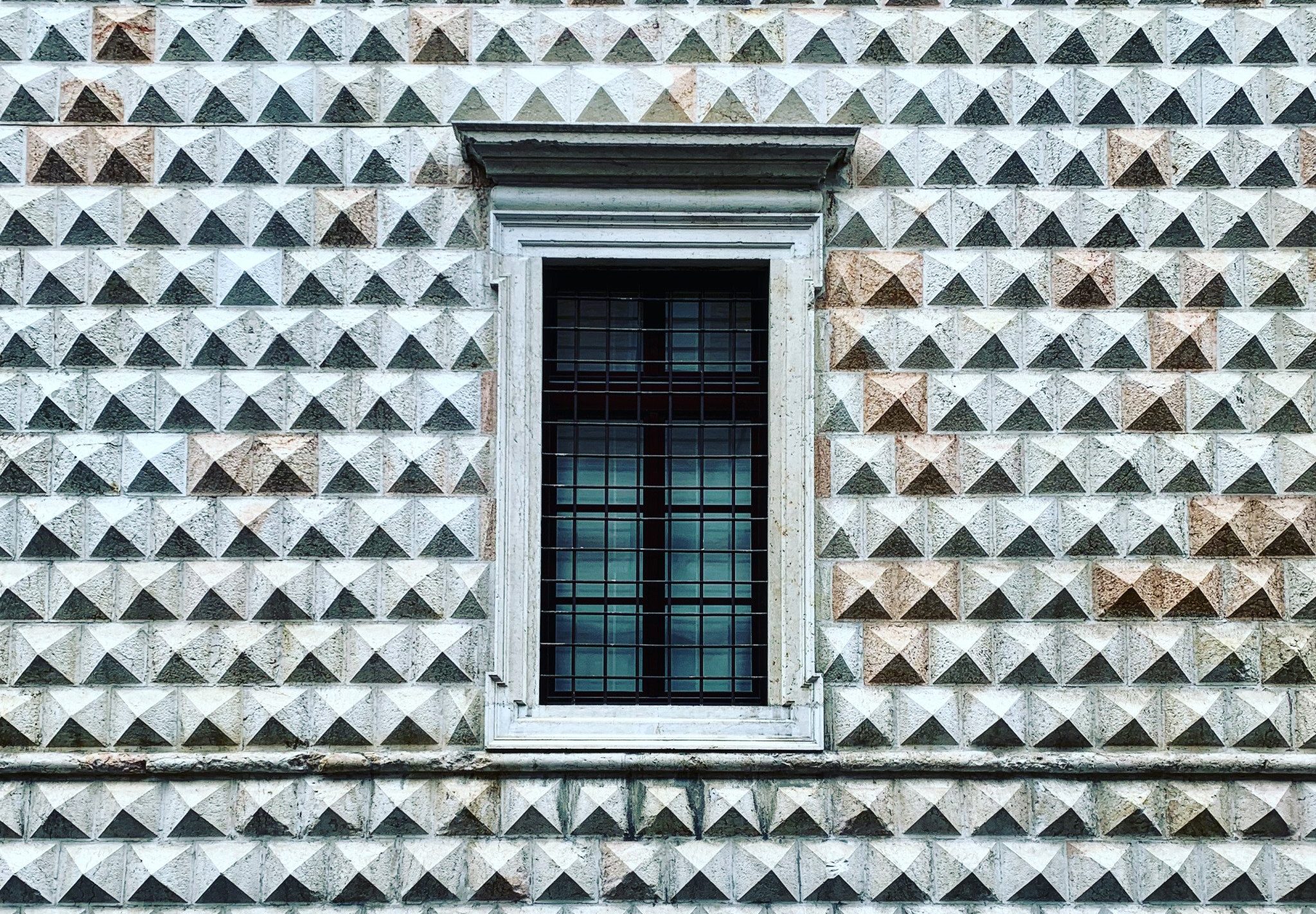 It’s not just a matter of… facade

From historical facades to eco-sustainable solutions

The facade of a building has always played a major role in the history of architecture. First of all because it represents the physical space that delimits the external environment of a building from the internal one, secondly because it dictates the way in which it fits into the architectural context that surrounds it and, last but not least, because it is – artistically – the “business card” of the building itself.  Stone has always been used to cover and embellish external facades, often resorting to precious marbles coming from far away countries, as happened for example to one of the most beautiful historical facades in Italy, the one decorated “with marbles and diamonds” of the Palazzo dei Diamanti in Ferrara.

The Palazzo dei Diamanti, one of the most famous Renaissance buildings in the world, was named after the shape of the more than 8,500 marble blocks that make up its ashlar. The white marble, with elegant pink veins, is worked and faceted in the shape of the precious stone from which it takes its name, the diamond. The richness of the ashlar is embellished by a special optical effect, skilfully created by master craftsmen of the highest level: the gaps between one block of marble and another have been eliminated to give the impression that the facade has been obtained from a single block, in which the marble diamonds have been “set”.

Over time, architects have thought of stone facades not only as elements of aesthetic enhancement of the architectural project, but also as solutions where natural stone is used respecting parameters and constraints of sustainability. In the latter case, natural stone and marble are used in the so-called ventilated facades, a multilayer construction system that allows the building to improve energy efficiency, leaving an air space between the load-bearing structure and the cladding. The empty space left between the wall and the cladding, generating convective motions, promotes the breathability of the building, reduces heat loss in winter and prevents its accumulation in summer.

If in designing the exterior of your building you are thinking of a solution with marble laid on the facade or if you have opted for a technological choice, such as the ventilated facade, CmP Solmar is at your side. Our team is ready to provide technical assistance for the design and choice of materials for your facades. Rely on our experience and competence to realize a job… in a workmanlike manner!

Fill out the form and request an appointment with our team!